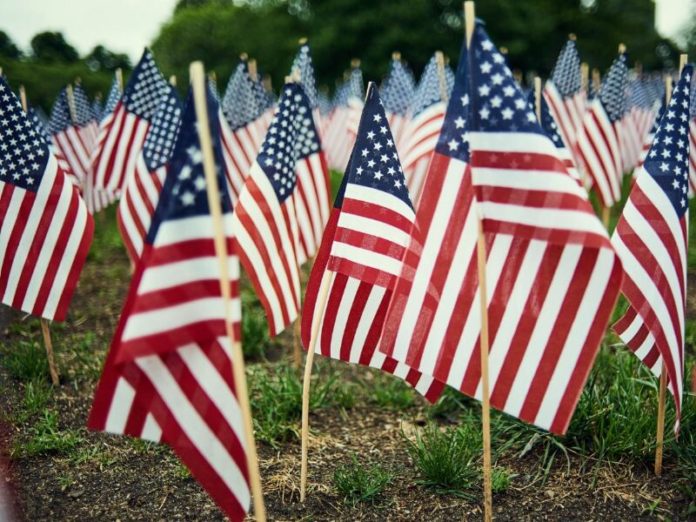 With summer just around the corner (literally next week), most of us look forward to barbeques and celebrations like Memorial Day, Fourth of July, and Labor Day. But people often forget another American observance—Flag Day.

For fun, I did a little digging to uncover the history behind the holiday (although not an official federal holiday equaling a day off work for many Americans).

What is Flag Day?

Celebrated each year on June 14, Flag Day is the celebration and recognition of the stars and stripes.

Flag Day falls within National Flag Week when Americans are encouraged to reflect upon the values of our Republic and the valor of the men and women in uniform who have defended it. The flag of the United States is an emblem representing freedom, hope, and courage of our country’s ideals since its early days.

When the Revolutionary War, also known as the American Revolution broke out in 1775, the colonists weren’t fighting under one flag. Instead, most regiments engaged in the war for independence from the British fought under their own flags. The Second Continental Congress met in June of 1775 to create the Continental Army with the hopes of a unified colonial fighting force with a more organized battle against its colonial oppressors. This led to the creation of the first “American flag,” with a design featuring 13 white stars in a circle on a field of blue and 13 red and white stripes – one for each state.

The American flag, also nicknamed as “Old Glory,” “Star-Spangled Banner,” and “Stars and Stripes” consists of 13 equal horizontal stripes of red (top and bottom) alternating with white, with a blue rectangle in the canton bearing 50 small, white, five-pointed stars. Each of the 50 stars represents one of the 50 states in the United States and the 13 stripes represent the original 13 colonies that became the first states in the Union.

Creators of the Holiday

Bernard Cigrand, a small-town Wisconsin teacher, originated the idea for an annual flag day in 1885, arranging for students to observe June 14 as ‘Flag Birthday’ or ‘Flag Day.’ Cigrand also wrote an article titled “The Fourteenth of June” in the old Chicago Argus newspaper.

In 1889, New York City’s George Balch, had his Kindergarten class celebrate Flag Day on June 14th, an idea that proved popular enough to be adopted by the State Education Board of New York for the whole state.

However, it wasn’t until President Woodrow Wilson issued a proclamation calling for a nationwide observance of the event on June 14, 1916. Flag Day did not become official until August 1949, when President Harry Truman signed the legislation and proclaimed June 14 as Flag Day.

Although we may not get a day off work, we celebrate through songs, parades and by displaying our flags. But perhaps most importantly, may we celebrate the purpose and message behind Old Glory: unity. After all, these are the United States of America. 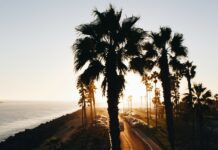 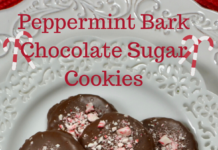 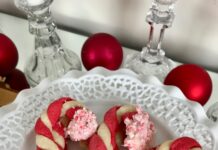 National Beckie Lindsey - January 9, 2020
According to the Pew Research Center, one in five adults in the state are evangelical Christians, and there are more megachurches in California than in any other state

Food Liz Bushong - December 21, 2019
Santa will love these cookies and so will everyone who eats em. Peppermint flavored soft chocolate sugar cookies are dipped in white chocolate and...

Poll Finds Nearly 50 Percent of Californians Say They Want to...

A Tribute to David Miller