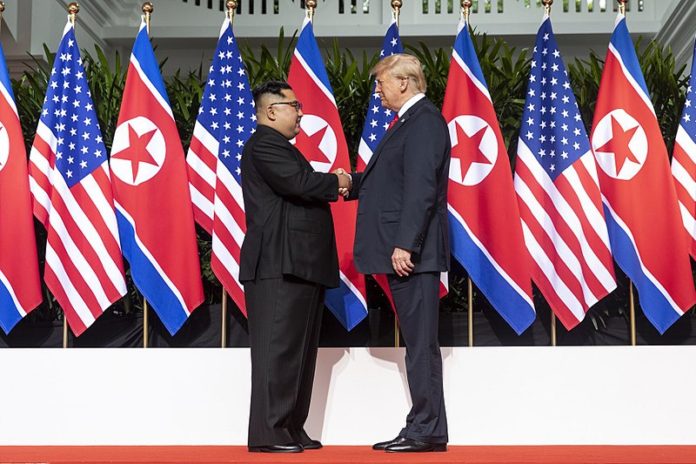 Christians in Korea welcomed the first summit meeting between the United States and North Korea. On June 12, 2018, US President Donald Trump met with North Korean leader Kim Jong-un in Singapore and talked about the denuclearization of the Korean peninsula.

President Trump disclosed that the issue of Christians in North Korea was briefly discussed and he hopes that good changes will be seen in the future, reports British magazine Keep The Faith.

I hope that if there is economic advancement it will pave the way for more freedom for the people of North Korea, freedom of thought, opportunity and religion. — John Choi, North Korea defector

North Korea defector John Choi (an alias) is a Christian and human rights advocate living in the United Kingdom. He is hopeful that the historic meeting between the two leaders will give way to freedom for North Koreans. “I hope that if there is economic advancement it will pave the way for more freedom for the people of North Korea, freedom of thought, opportunity and religion.”

The two heads of state signed a joint statement committing to build “a lasting and stable peace regime on the Korean peninsula.”

Meantime, South Korean churches are elated following the Trump-Kim meeting, calling it “a surprise and a joy,” reports The Christian Messenger.

South Korean Archbishop Kim Hee-Jung of Gwangju said obtaining peace is an ongoing process and shouldn’t be rushed. He said, “Peace is never attained once and for all, but must be built up ceaselessly.”

Another church leader said the summit meeting is a long-awaited moment for Korean people. “It marks the beginning of a still long and arduous journey, but we are hopeful because the start has been very positive, very good.”

Survey Shows Dramatic Decline in Christianity in the UK

Young Christians in Pakistan Have Islamic Names to Avoid Discrimination

October 11, 2019
You are going to send email to
Move Comment