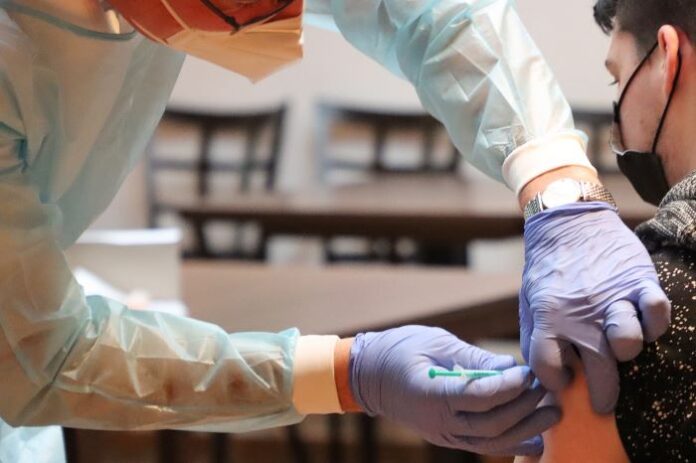 As Canada’s vaccination program is underway, Christian leaders encourage the faithful to get immunized with the Covid-19 vaccine.

Various concerns were raised about Covid-19 vaccines, including from Catholic groups which claimed the Johnson & Johnson vaccine was produced using tissue cultures from an aborted fetus. Though the pharmaceutical company did not dispute those claims, it maintained that their vaccine has no fetal tissue in it, reports Yahoo News Canada.

Despite religious, health, and personal considerations of Canadians, faith leaders strongly urge followers to get inoculated. To help build trust, Christian leaders combined science and the Bible to debunk myths and boost confidence about the vaccines available to the public.

But if they (vaccines with no abortion-related components) were not available, then the Church is still saying, use them because you’re facing a lethal illness or death. —Moira McQueen, executive director of the Canadian Catholic Bioethics Institute

The Canadian Conference of Catholic Bishops issued a statement on March 9th advising believers to choose a vaccine with “the least connection to abortion-derived cell lines,” but, if the option is not available for them, the alternative “can be used in good conscience with the certain knowledge that the use of such vaccines does not constitute formal cooperation with abortion.”

Cell lines or tissue cultures have historically been used to develop vaccines. “It does not mean that the products from that cell line end up in the final drug or vaccine — or whatever it is that you’re making — that is given to people,” explained Ralph Pantophlet, a health sciences researcher at British Columbia’s Simon Fraser University. He clarified that abortion-related cell material is generally used during the trial stages of a vaccine or a medicine, and not on the final product.

Moira McQueen, executive director of the Canadian Catholic Bioethics Institute, said people should try to get a vaccine that has no fetus origins, reports The Catholic Register. “But if they were not available — and in some countries they may not be because their government isn’t purchasing those ones — then the Church is still saying, use them because you’re facing a lethal illness or death. You’re remote from the original source. So remote that you’re not cooperating in evil.”

Health experts and religious leaders pointed out that valuing the human body and achieving herd immunity from Covid-19 outweighs any ethical concerns.

A recent survey conducted by Proof Strategies showed that almost two in three Canadians said they trust Covid-19 vaccines to be both safe and effective. However, Proof’s CEO, Bruce MacLellan, said the trust in vaccines is not strong enough since good herd immunity can be achieved when at least three-quarters of Canadians are immunized, according to Globalnews.ca.

Ananya Tina Banerjee, an assistant professor at the University of Toronto’s Dalla Lana school of public health, suggested that the government should work with “trusted messengers” such as religious leaders to endorse the Covid-19 vaccine and overcome concerns about vaccine hesitancy.

“And we know faith-based leaders are highly, highly relied upon. I think that’s why they can play a strong role in really helping (followers) be confident in becoming vaccinated,” Banerjee said.”Actually, they are a natural partner to provide information about the vaccine and deliver a wide scale vaccination program.”

Situation Improves for Christians in Egypt

November 9, 2019
You are going to send email to
Move Comment