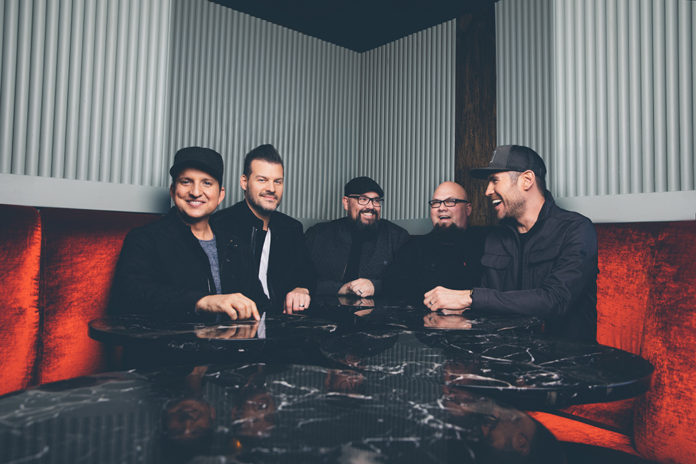 Big Daddy Weave has performed several tours over more than 20 years of ministering in music across the nation. But this one is different from all the others.

The group kicks off its Alive Tour on Thursday, Feb. 7, in central Ohio at Heritage Nazarene in Circleville. Presented by World Vision, the Alive tour is scheduled to play 38 U.S. cities before wrapping up in April. (See the schedule and buy tickets HERE.) Big Daddy Weave will also appear at the Christian Life Center in Dayton on Sunday, Feb. 10.

“Some of
the things we’ve been through gave us a heart
for people
in a different way.”
— Mike weaver

“The name is appropriate because we’re still here,” said Mike Weaver, lead vocalist for the group. “There were so many points in the last year where the enemy said, ‘It’s over,’ but we’re still here, and we’re still breathing. It’s going to be a special, joyful celebration time!”

One of these points was a close call for his brother, Jay, the group’s bass player and who Mike refers to as the “hub in the middle of the wheel of the operation.” “We were 48 hours away from losing him,” said Mike. Jay lost both feet due to complications from medicine he took for his diabetes and faced a long recovery. But he is back on the road thanks to the prayers that went up on his behalf across America and even from overseas.

Then about a year ago, the siblings lost their father, a key spiritual voice in their lives. “That rocked us,” Mike said. Soon after, their mother received a cancer diagnosis.

“It’s been a ‘one thing after another season,’” Mike said. “Everything that has been shaken will be shaken.’” But now he said he feels like Big Daddy Weave is coming out on the other side, entering a new season of life and a season of ministering from a place they haven’t been before.

Previous tours have included other artists, but Mike said this time, “it’s just us from beginning to end.”

“There were so many points in the last year where the enemy said, ‘It’s over,’ but we’re still here, and we’re still breathing.”
— Mike Weaver

The Alive Tour is named for the first radio single from their new project which will release later this year (their first new music in four years). “Alive” is written by Zach Williams, a Christian artist/
songwriter known for his hit song,
“Chain Breaker.”

Zach has a special connection to the group as his life was changed through the music of Big Daddy Weave. Raised in church, he ran from God and lived a life of alcohol and drugs. But while touring with a rock band in Europe, he heard the group’s song, “Redeemed,” which led him to turn his life over to Christ. (Watch Zach tell his story HERE.)

When Zach shared “Alive” with the group, “it really described this last season we’ve been through,” Mike said. “Every day, we’re learning to be thankful and not take for granted what we’re doing.”

How did it all begin? Mike and Jay grew up attending the St. Paul United Methodist Church off Highway 98 between Gulf Breeze and Navarre in Florida’s Panhandle. Mike was nine years old when he first walked the aisle to give his heart to Jesus, but he says there’s so much to learn, and he still feels like he’s coming to know Christ even now.

His parents often hosted gatherings at their home, and although his dad was not a pastor, Mike noted, “He was always ready to share what it was that God was doing in his life and led people in that way. He shared with others what God was showing him. I saw so many lives transformed just under the roof we lived.”

His parents have a lot to do with Mike’s perspective. “My mom and dad are the greatest examples of Jesus to me,” he said. “After losing my dad, it’s made me even more thankful for my upbringing.”

In college, the brothers met up with the other band members as fellow students at the University of Mobile. They led worship on campus and played in local churches on Sundays and Wednesdays. “It never stopped, we just kept getting opportunities,” Mike said.

Three years into their career, they cut their first record with a friend who had a studio, and the record labels in Nashville began to pursue them. They signed with Fervent Records, and today they have performed together for almost 21 years. “There’s that sinking feeling that at some point, someone will make us get a real job,” Mike said.

The group will launch their Alive Tour with a concept unlike any they have ever done. In January 2018, Big Daddy Weave made their Carnegie Hall debut backed by a choir whose members came from across the country for the event. From that experience, they decided to take the same concept on the road.

The first half of each Alive Tour concert will feature Big Daddy Weave playing many of their best-known songs. After intermission, they will return to play more of their songs and other favorites with string players (Becca Bradley on the cello and Jonathan Chu on the violin) and the backing of a choir from the local community and wherever people may travel from to participate.

You can purchase the Alive Tour Choir Experience through your normal ticketing channels and receive digital sheet music for the show, rehearsal the day of the show, dinner, a custom tour choir shirt, and choir access tour laminate.

But the most important part of the concert is the closing. “God led us into a whole other way of ending the show,” said Mike who explained that they allow a time of prayer for those who are hurting. Listen to the members of the band tell you about this experience in their own words by watching the video below.

Find out more about the group and how you can follow them at http://bigdaddyweave.com.

Big Daddy Weave is one of Christian music’s most loved and respected artists. A mainstay at radio, the band achieved their most recent hit single with “The Lion and The Lamb.” This follows five consecutive No. 1 singles, including “Love Come To Life,” “Redeemed,” “The Only Name (Yours Will Be),” “Overwhelmed” and “My Story.” “Redeemed” became an anthem of unprecedented impact when it spent 11 weeks at No. 1, was dubbed “Song of the Year” at the first annual K-LOVE Fan Awards, earned Dove Award and Billboard Music Award nominations and was certified Gold by the RIAA. Since forming in 2002, Big Daddy Weave members Mike Weaver (lead vocals, guitar), Jay Weaver (bass, vocals), Jeremy Redmon (guitar, vocals), Joe Shirk (saxophone, keys, vocals) and Brian Beihl (drums) have released seven full-length projects, amassed more than one million units in album sales and have received numerous honors, including ASCAP and BMI Awards and the prestigious Rich Mullins Artist Impact Award, among others.

Christian Actress in Broadway Musical Wicked: Q & A with Chelsea...