Imagine people coming together with one purpose in mind – to fight a common enemy.

Now imagine the movement becoming so great that it draws hundreds of people from their communities with a desire to see change burning in their hearts.

Last year, Adoration 2017 brought the dream to reality as 261 churches were represented.

The movement is happening through a worship event called Adoration. Its stated mission is to see representatives from as many as 1,000 churches sign up to come together to worship Jesus Christ and engage in the vision to restore Appalachia from the prescription drug abuse epidemic.

Last year, Adoration 2017 brought the dream to reality as 261 churches were represented. People gathered from East Tennessee and surrounding areas, and even some people from Scotland, to worship, hear the Word and get involved. 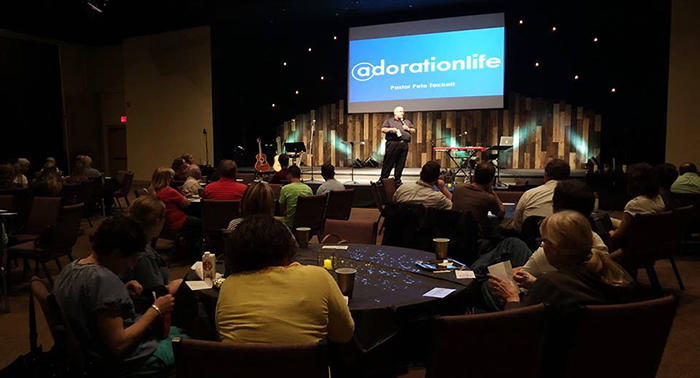 A group of East Tennessee State University (ETSU) students had a dream to fight the area’s opioid epidemic head-on and they’re in the battle to win.

Adoration 2018, slated for October 21 in East Tennessee State University’s Mini Dome, seeks to further the goal by helping to bring even more area Christians and their churches together with service organizations that need volunteers to help them accomplish the mission of restoring the region from the ravages of drug addiction.

A group of East Tennessee State University (ETSU) students had a dream to fight the area’s opioid epidemic head-on and they’re in the battle to win.

“We wanted to turn on the light switch,” Thomas Cook, Adoration’s director, recently reflected on the team’s initial vision. “We felt like people would come running to help out.” He also heads up the college ministry at his home church.

Cook said he and his team believe they can do just that – produce change by the simple act of bringing people together and equipping them to go into their communities and make a difference.

“We want to show that it is possible to beat addiction,” he said. He pointed out that the event is not just for college students – they want Christians of all ages involved.

The plan is to have several local speakers give short, 10-minute messages between worship sets.

The organizational team also includes Lauren Dickerson, Restore Appalachia team leader, and Matt Holt, who leads the spiritual advisement team. In addition to volunteering their time with Adoration, both are current students at ETSU – Dickerson, at Gatton School of Pharmacy, and Holt at Quillen College of Medicine.

Restore Appalachia is Adoration’s social initiative to help restore the area from the drug epidemic. Its focus is helping churches serve their communities. Hope Stories that have happened as a result of the initiative are documented on the website. Real people whose lives were ravaged by drugs share their stories of redemption and hope.
Currently, there are around 60,000 people in Tennessee addicted to prescription drugs, according to figures listed on the the Restore Appalachia web page. The site offers information about opioids, Neonatal Abstinence Syndrome (NAS), along with statistics on the opioid epidemic.

The Spiritual Advisement Team is in place “to make sure people are taken care of,” Holt said. They want to ensure the event leaders are cared for so that they can successfully serve. 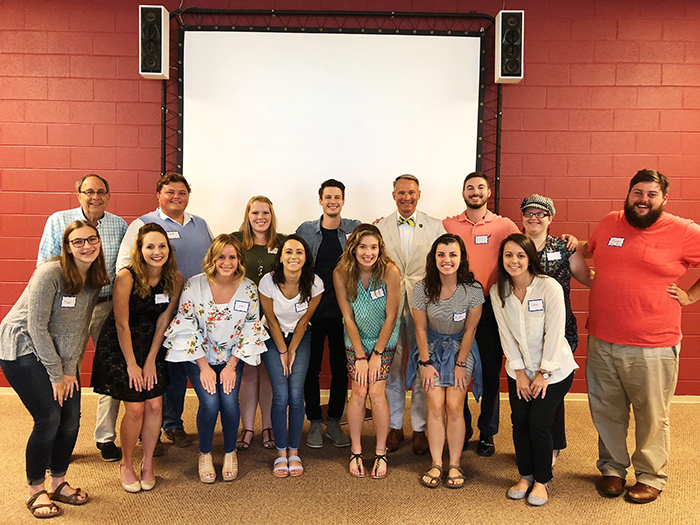 “God the Father” is the theme for Adoration 2018, which Cook said is being organized a bit differently from last year’s event. The plan is to have several local speakers give short, 10-minute messages between worship sets. An organizational expo will also highlight the event. The expo will provide the opportunity for anyone interested in volunteering to meet one-on-one with local organizations to find out where their talents and abilities can be best used. The event will also have a block party complete with food trucks.

“Faith without works is dead,” Cook quoted James 2:17. He and the team believe the Adoration event provides a way for people to put God’s Word, and their faith in the Word, into action.

Cook said Adoration focuses on the spiritual aspect through worship led by the Adoration Band, hearing the Word and then round out with practical application through the organizational fair.

“If you don’t know what to do, or how to do it, come to the event and find out.” Cook and his team invite all churches to sign up for the event. This year’s goal is to have 500 churches represented, Cook said. Their three-year plan is to ultimately see 1000 churches involved. Each church, with the lead pastor’s approval, can appoint a representative to be physically present at the event. They invite everyone to attend and join in this movement that was birthed from a simple beginning — college students wanting to make a difference in their communities.

Churches, anyone else interested in attending, can register and get more information at http://adorationlife.com

Get Involved in the Community!